The Allies - Roberts Commission and the MFA&A

The Roberts Commission, which was officially known as the American Commission for the Protection and Salvage of Artistic and Historic Monuments in War Areas, was established on August 20, 1943. Chaired by Supreme Court Justice Owen J. Roberts, who had not long before lead another commission to determine the facts of the Japanese attack on Pearl Harbor, the Commission worked with numerous officials of varied backgrounds to help Allied armed forces protect cultural works in Allied occupied areas.

The notion of creating the Roberts Commission stemmed from the work of academics at Harvard University and those with the American Council of Learned Societies. At Harvard, in the spring of 1940, a small group of faculty assembled the American Defense, Harvard Group, the mission of which was to educate the public about the threat posed by the Axis powers, rally national defense efforts and support US allies overseas struggling against Axis aggression.  A few years later, in January 1943, the American Council of Learned Societies (ACLS), an organization founded in 1919 and dedicated to the study of humanities and social sciences, established a Committee on Protection of Cultural Treasures in War Areas based out of the Metropolitan Museum of Art in New York. Similar to the American Defense, Harvard Group, the ACLS committee sought to advise and assist governmental agencies and influence public opinion on the protection of historical monuments, museums, archives, libraries, and cultural institutions in war areas.

The American Defense, Harvard Group and the ACLS committee compiled a catalogue of European cultural monuments, museums and private collections.  Within a year they were able to share this information with the Army in advance of the Allies continental offensive. In addition, they provided maps citing the locations of these monuments, details of looted objects, and instructions for salvage and protection.

Original Members of the Commission: 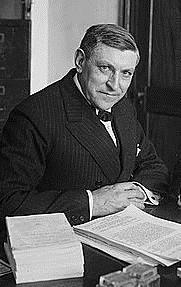 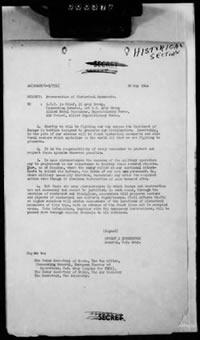 Special Advisors to the Commission:

The Commission played a critical role in the establishment of the War Department's Monuments, Fine Arts, and Archives (MFA&A) unit within the Civil Affairs section of the Allied armies. The primary objective of the Commission and MFA&A were to protect cultural treasures – library collections, museum artifacts, scientific collections, archaeological material, religious objects, musical instruments and architectural fragments. They were also to gather intelligence on damage to works of art and/or historic sites and collect information on cultural property confiscated by Axis powers. In late 1944, the Commission sent Sumner Crosby to the United Kingdom as its official representative to assess the role of the United States in the protection and restitution of cultural objects affected by the war.

After persistent lobbying, Allied military forces agreed that the MFA&A was needed in the field.  As a result, about 400 specialists known as "monuments officers" were assigned to all Army groups.  These "monuments officers," who later became known as "Monuments Men," were art and museum experts who volunteered for service in order to save these threatened treasures. In advance the Battle of Normandy Eisenhower addressed military commanders for the operation on May 26, 1944, noting that the Allied expeditionary forces were undoubtedly going to encounter historical monuments and cultural centers which "symbolize to the world all that we are fighting for" and ordered that every effort be made to protect and respect these sites.

After the war, the Commission shifted its focus to the restitution of property seized by the Nazis and their accomplices.  The duties of the MFA&A were transferred to the State Department when the group and the Commission were disbanded in June 1946. At the State Department, Ardelia Ripley Hall, undertook the task of cataloguing, researching, and restituting looted cultural objects.

When the "Monuments Men" returned home, many went on to become leaders of some of the most prominent cultural organizations in the United States.

In recent years much has been done – through literature, film, and in exhibitions -- to bring to light the commendable work of the Monuments Men.