The Art Collection of Hildebrand Gurlitt

In February 2012, investigators and officials from the Staatsanwaltschaft Augsburg entered the Munich apartment of Cornelius Gurlitt, the cloistered and unassuming son of Hildebrand Gurlitt, and  discovered a trove of nearly 1,400 works of art (121 framed and 1,258 unframed), which they promptly removed pending further investigation.  It has since been determined that nearly 400 of these works are of the type that were classified as “degenerate” by the NSDAP and almost 600 of the works may have been stolen from Jewish collections. The discovery and subsequent seizure of the collection was revealed in late October 2013, once again making the issue of art lost during the Nazi era headline news and raising questions of how claims for such are handled in Germany and abroad.

It all began with Hildebrand Gurlitt. The third child of Cornelius Gurlitt (1850 - 1938) and Marie Gerlach (1853 - 1949), Gurlitt was born on September 15, 1895 in Dresden into a highly artistic and accomplished family with roots in the assimilated Jewish community. His father was generally considered an innovator in the field of Baroque art historical research, his older brother Willibald was a musicologist and his sister Cornelia was a painter. 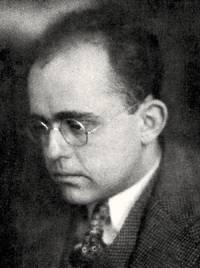 Gurlitt studied art history at the Dresden University of Technology and Humboldt University of Berlin and finally obtained his PhD in 1924 from the University of Frankfurt am Main.  In 1923, he married Helene Hanke, a ballet dancer (they would have two children, Cornelius in 1932 and Renate in 1935).  In 1925, Gurlitt became the first director of the König Albert Museum in Zwickau. For the next five years he focused on building the municipal art collection and placed great emphasis on acquiring contemporary artworks and organizing exhibitions.  Between 1925 and 1928, he introduced works by artists such as Max Pechstein, Käthe Kollwitz, and Emil Nolde to the public. Surviving correspondence indicates that Gurlitt personally knew many of the contemporary artists he presented.

Local conservatives were very vocal in their disdain for Gurlitt’s focus on modern art; this coupled with the city’s financial difficulties resulted in his dismissal in 1930 despite the acclaim he received for his work in the national press and from his peers.  From Zwickau, Gurlitt moved to Hamburg where he became the managing director of the Kunstverein.  He held the position for only three years until the NSDAP came to power and began implementing discriminatory legislation.  He was forced to resign in 1933 because of his Jewish ancestry.

Though he lost his position at the Kunstverein, Gurlitt was given special dispensation from the NSDAP to work in the art trade and was appointed by the Kommission zur Verwertung der Produkte entarteter Kunst to sell confiscated artworks abroad.  Following the purge of German museums and the Degenerate Art exhibitions, Gurlitt (as well as Ferdinand Möller, Bernhard Böhmer, and Karl Buchholz) were permitted to purchase seized works for well below market value provided they paid for them in foreign currency and to sell the works abroad at a significant profit.

After the occupation of France in 1940, Gurlitt entered the art trade in Paris and actively acquired artworks from other areas of France. A number of the works he procured in France found their way to museums in Germany. In 1942, he relocated his business from Hamburg to Dresden; shortly thereafter, Hermann Voss, a longtime close friend, commissioned Gurlitt as a dealer for the Führermuseum in Linz. Gurlitt primarily purchased works from other dealers and seldom from private collectors.

After his Dresden home was destroyed, he relocated his family, including his then 12 year old son Cornelius as well as his art collection to the Aschbach (Bavaria) castle of the Pölnitz family. Not long after, the Allies entered the region, and Gurlitt was placed under house arrest. His collection was seized by the Allies and stored at the Wiesbaden Collecting Point, and in June 1945 Lieutenant Dwight McKay questioned him about his art dealing activities. Gurlitt maintained that the artwork he handled was always voluntarily sold.

In November 1950, Gurlitt contacted the Wiesbaden Collecting Point in an effort to recover his collection and provided numerous documents in support of his claim. On December 15, 1950, the collection was returned to him. In the early 1950s up until his death, Gurlitt loaned works from his collection to a number of institutions including the Metropolitan Museum of Art in New York for exhibition.

Following the seizure of 1,379 works from Cornelius Gurliit’s home by the German authorities, it is estimated that close to 600 of these works require further investigation as possible art lost as a result of Nazi persecution, and an additional 380 works have been identified as having been confiscated by the Nazis as degenerate art. In the wake of this seizure and the media attention it garnered, the Augsburg public prosecutor released information about the artwork through the Koordinierungsstelle Magdeburg, and the German government established a task force to review the ownership history of the works in the collection.

On December 23, 2013 the court in Munich appointed Christoph Edel as preliminary custodian for Cornelius Gurllit. Shortly thereafter, a legal team was formed to represent Mr. Gurlitt in any civil and criminal action taken against him.

In early February 2014, an additional 60 works of artists such as Renoir, Monet, and other French Impressionist were seized from Cornelius Gurlitt’s Salzburg home. The artworks were relocated, though it is unclear where they are currently housed and no mention has been made as to whether details of these works will be made public.  Around this same time Gurlitt launched his own website.

Two months later, the Augsburg state prosecutor struck a deal with Gurlitt returning a portion of the seized collection after investigators could find no evidence that they were lost as a result of Nazi persecution. The authorities however retained most of the artworks and Gurlitt agreed to cooperate with German authorities to continue researching the ownership history of the artwork. However, the task force has only one year to undertake this research and anything not researched by them will be returned.

Cornelius Gurlitt died on the morning of May 6, 2014 in his Munich apartment. Shortly before undergoing heart surgery, Gurlitt drafted a will whereby he named the Kunstmuseum Bern (Switzerland) as his sole heir and bequeathed his art collection to the museum. At the end of November 2014, the Kunstmuseum Bern announced that it would accept Gurlitt’s bequest and on November 24, 2014 signed an agreement with the German Federal Government and the Free State of Bavaria. With the acceptance of this bequest the museum also noted that it would ensure that any looted art would be returned to its rightful owner. The museum then promptly published lists of the Gurlitt artwork, including items located in Gurlitt’s Munich apartment as well as the artwork found in his Salzburg home.

The following documents are in PDF format.