Born on June 26, 1889 in Uttendorf, Austria, Katejan Mühlmann grew up on a farm in a large family.  At 17 years of age he joined the army and fought in World War I as part of the infantry.  After the war he attended university in Vienna and studied art history, receiving his doctorate in 1926. Upon completing his studies Mühlmann moved to Salzburg where he became the Public Relations Director for the Salzburg Festival and a published art critic. In 1934, he secretly, as it was illegal in Austria, joined the National Socialist party and as informant and agent of Reinhard Heydrich, head of the Sicherheitsdienst (SD), Nazi intelligence.

After the Anschluss, in March 1938 he was appointed State Secretary for Art Matters in the Ostmark, a position in whichhe played a decisive role the Aryanization of property, specifically art collections.   A year later he was made Special Commissioner for the Protection of Art Monuments in Poland.  In this capacity he was given authority to seize items from church, private, and museum holdings under the guise of repatriating Germanic art, a broadly defined term.  Mühlmann established two depots to store his plunder, one in Warsaw and the other at the Schloss Wilnow.  In the winter of 1940, Mühlmann completed an illustrated catalogue of his plunder.

His success in Poland led Mühlmann to the Netherlands, where he was reunited with an old friend from Vienna, Arthur Seyss-Inquart, a senior Nazi party official appointed as Reichskommissar in the Netherlands. Seyss-Inquart charged Mühlmann with liquidating art that had already been pillaged by numerous Nazi agencies operating in the region. As the long term goal for the Netherlands was to incorporate it into the German Reich, confiscation of Dutch collections was futile. Instead, Mühlmann established an agency, the Dienststelle Mühlmann, which had three primary functions: (1) to inspect artworks that had been seized, (2) inventory those objects and sell them in Germany, and (3) to purchase art in Holland, Belgium, and France for the General Government, German museums, and high ranking Nazi officials like Göring.

To aid in carrying out these goals, Seyss-Inquart issued two decrees which essentially robbed the Jews of all their possessions. First, in August 1941 compelling all Jews to open an account with the Lippmann-Rosenthal & Co. (Liro) Bank and transfer all their financial assets to their Liro account. The second decree was issued in May 1942 forced Jews to surrender all their remaining assets, including artworks to the Liro. The Liro was the to turn everything over to the Dienststelle Mühlman.

After the war Mühlmann fled to Vienna and then to the Austrian Alps, where he was captured by American forces.  He eventually escaped and lived off the sale of artworks stolen during the reign of the Nazi regime. He died of cancer in Munich in 1958. 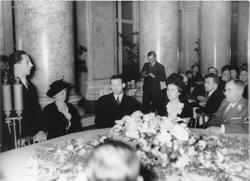 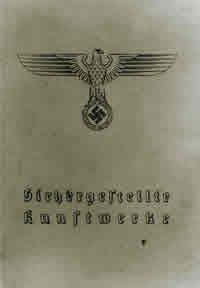 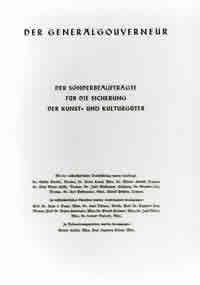